Appealing Medical Denials When the Problem is Elusive 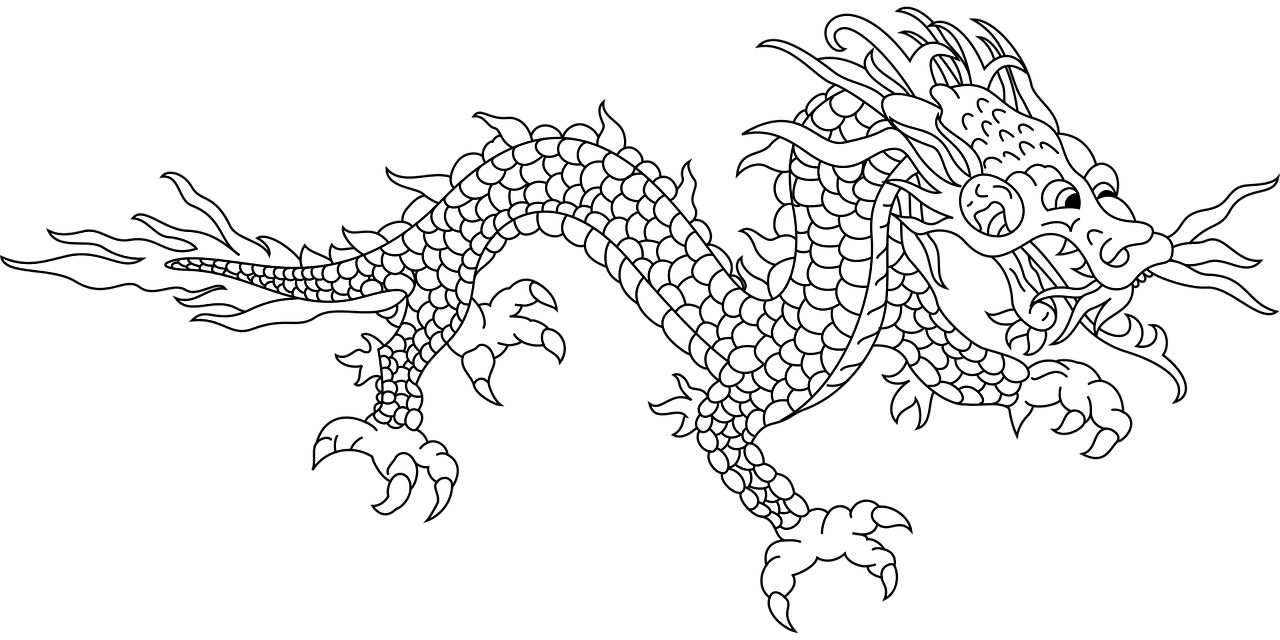 Picture a young patient in their early 20s who is transported to the hospital feeling sick with “just ain’t doing right” descriptions of their symptoms. Findings are inconclusive and equivocal  and the patient never stabilizes so they are admitted. Despite 24-hour care by multiple specialties, in just over a month the patient succumbs to the illness and dies. A full 35 claims were denied in their entirety.

My job was to audit all of the involved records and prepare an Auditor’s Executive Report on whether I believed these denials should be appealed. I called up the patient’s chart and did quick scans of every encounter to see of anything “popped out.” Nothing did; the patient never improved and many encounters were repeat labs, scans, etc., and no definitive diagnosis was ever reached. As I sat turning this patient’s stay over in my mind, I imagined a Chinese dragon, like in the drawing above, and thought “those doctors are really chasing the dragon on this one.” If you look at the picture, although in mythology the Chinese dragon was helpful and stood for good fortune, how would you ever catch it? Then my blueprint began to show itself. Just because they couldn’t catch the dragon, by no means meant they were doing nothing; they were chasing it.

The Social Security Act, Title XVIII, Section 1801 prohibition against federal interference specifically states “…Nothing in this title shall be construed to authorize any Federal officer or employee to exercise any supervision or control over the practice of medicine or the manner in which medical services are provided, or over the selection, tenure, or compensation of any officer or employee of any institution, agency, or person providing health services; or to exercise any supervision or control over the administration or operation of any such institution, agency, or person.” But the Act is for Medicare, right? Yes, but every insurer should have a limitation on interference in, or acceptance of, the trained and licensed doctor’s medical-clinical reasoning.

Sure enough, the payor did; it was almost a carbon copy of the Social Security Act’s. In addition, the insurer had a statement of understanding that they realized the patient may not get better or improve. As long as documentation showed regular attempts to find a cause and cure, they would pay the claims. I went back into the chart and started looking at exact wording from the providers and found they had been working around the clock on this patient and were communicating with each other in and out of the hospital suite and even regularly after hours. And then the aha moment presented itself. Because the illness was so elusive, the providers at many points went above and beyond all day, every day.

The next step was to contact all of the providers who saw the patient face to face, identify myself and my purpose, ask them to review all the records they could and recall what they did, and why. If they did not mind, when they were through I wanted to meet personally with them. To my surprise, every provider agreed to a one-on-one meeting. They went through everything from training to known exotic diseases to outreaches to external experts; which, even though only brief mentions, were documented. It quickly became clear, from the newest physician assistant to the most experienced MD, these people cared a lot and they exhausted every human means to attempt to identify this disease and beat it, only to have the illness be the victor. I discussed the disease (process) with them individually, and together we came up with a constellation of symptoms, each unique to the specialties working on the patient (although by the force of the illness, some overlapped). They were all uncomfortably unclear, even to the providers; but they were honest, truthful and as accurate as possible given the vague presentation of the problem(s).

What did I learn and how was it useful? There is an old Army axiom that goes: “Observe, Orient, Decide and Act” (The OODA Loop). My observations had shown me, that despite their best efforts and constant shifting of methods, the patient still died. I observed the disease never got a name; it was so lethal and so elusive even the International Classification of Diseases (ICD) Signs and Symptoms codes were of little value. But the providers constantly put forth effort; they never rested and they never stopped trying. Even when the patient did not improve, they put forth great effort and creativity; so what the payor termed “maintenance” was far from it and often small, subtle changes were made to maintenance regimens to see if any improvement could be achieved. So I “Oriented” the providers were practicing professional, top-of-the-line medicine and I “Decided” all 35 claims would be appealed as far as I could go. I “Acted” on it using the payor’s own rules. I used information gained from my personal meetings to fill in any potential gaps in documentation. Remember, if clinical logic and treatment can be clearly inferred, it needs to be allowed.

I addressed the critical aspect of medical necessity: why the providers had to treat the patient even if improvement was not forthcoming. I had their own clinical reasoning to support my argument. Now I had to address the “other” medical necessity: the diagnosis and procedure codes. This was a hefty challenge and a part of the dragon even I had to chase. This is where I reached out to colleagues near and far; and as far as confidentiality would let me, I looked for ideas. As you would expect, they came almost exclusively from Signs and Symptoms, with a common code being unconscious or unresponsive. I believed this would at least show any medical reviewer that the patient could neither verbalize nor show any physical manifestations of the providers’ work because of the elusive disease process and that the disease process was critical. But assigning as many Signs and Symptoms codes as I could, along with the unresponsive codes, the argument was made that the providers had little choice with procedure codes because there aren’t that many of them, so the insurer will see codes repeated extensively. I made certain to remind the insurance company there was no prohibition against them linking with the assigned diagnosis codes (the insurer’s go-to excuse not to pay: “medical necessity was not met”).

So the dragon escaped at the cost of the patient and my OODA Loop was complete; or was it? I still had to present the appeal to the payor. I chose to hammer through constant repetition, my first definition of medical necessity (completing the Observe, Orient, Decide and Act). The patient was terribly ill and at a point it was recognized the illness was lethal if no cure could be found. The doctors and other providers worked non-stop with each other, communication was constant, the best of every provider’s skills were brought to bear and they cared deeply for the patient as a human who trusted them with their care. Although I added some diagnosis codes, I left most the providers already assigned and I did not change any E&M codes - after my meetings, the doctors felt the levels were sufficient for what they were able to do given the entirety of each encounter’s circumstances. I submitted 35 separate appeals and identified independent and individual information for each, again, based on education from my one-on-one meetings. I stated how diagnosis codes were extremely difficult to choose and together we all coded as definitively as possible. I concluded stating the providers did care deeply; they treated the patient with the utmost medical care and respect and were exhausted physically and emotionally when the patient died. I asked my manager for approval to submit and she gave the green light.

Every encounter was denied again. I submitted my appeal again and each was again denied. After the second submission, the medical reviewer threatened to have us prosecuted for fraud and we got into a heated argument. Going nowhere, I demanded to speak with her superior and although unwilling at first, I told her if she was so sure we would be prosecuted what would be the harm? The Director himself called me three days later and asked me to fax him every piece of paper I had since I began the appeals. He called me later that day and apologized for his company representative’s belligerent attitude and promised the medical reviewer would be disciplined.

This case highlights several critical elements to appeals not usually taught in formal academic settings. First, and far away the most important, is BELIEVE IN YOUR PROVIDERS. Before I even looked at the first note, I knew they were worth my time however much might be needed. Second, the fact the patient fell victim to a mortal illness by no means meant the providers only “maintained” the patient. We must be ready to state what was done, noting small and large modifications in the treatments (there was no “plan” as such - the patient turned critical and unstable too fast). State things like this. Also, specifically point to extraordinary work. For example, if a doctor on 2nd shift calls a doctor from 1st shift to brainstorm. In short, no detail is too small.

Last, when you make the decision to fight an appeal, be ready to fight. The vast majority of payors are hyper-focused on cost containment. You are focused on just and financial recognition of your providers’ services, skills and time. Be ready to go the distance whatever the distance may be, even a higher court, especially with federal payors like Medicare. You would rather lose putting up a hard but fair fight than give in. I would never recommend arguing with a reviewer but if you believe in the case strongly enough, I would submit it is a viable option. Never stop at an argument with the first line reviewer; find a superior who has authority to override the decision, or threats, made by the reviewer. Intimidation is not an appeal denial; it is intimidation. You and your providers are guaranteed due process. Chances are decent that in the future you will not have the same difficulty in appeals with that insurer; you will have gained the payor’s respect and they will seek weaker, less determined and prepared appeals managers. You can even simultaneously contact your State’s Insurance Board. Almost every state has rules of conduct and rights of providers you can call on.

Carl is a subject matter expert consultant with the American Institute of Healthcare Compliance (AIHC) in areas of appeals, coding, auditing and investigations. Carl holds the following AIHC credentials: CHA, CIFHA and OHCC. Click here to learn about our Appeals Management course. For other courses and certifications, visit our Certifications Store: https://aihc-assn.org/certifications/

Burnout – A Threat to Our Health Care System?

Read More
Burnout – A Threat to Our Health Care System?